As I looked out this morning there was a light frost but my enthusiasm for the day could not be diminished for today would be the start of the Bowls tour to Torquay and sure enough by 10 o’clock Tiverton West End bowling club members and a number of friends had assembled at the bus station awaiting Blakes coaches to transport us to the Toorak hotel in Torquay for a week’s indoor bowling.

We arrived at the hotel by 11:30 but we’re unable to book into our rooms until 2.30 still there were things to do and a number of us visited the snooker hall where Tony Sykes won the individual championship. Having gained access to our rooms at 2:30 it was a bit of a rush as the first game started at 3 o’clock. Our opponents for this game were Hounslow purple, in the past we have found it difficult to beat Hounslow but not so today I was captain but that didn’t help because my rink, skipped by Dennis Blackwell, who unfortunately has hurt his back, lost 5 shots to 16. Rob Clarke’s rink had a lucky draw as they dropped two on the last end finishing 12 all. Dave Smith’s rink were level on the 11th then picked up a four on the next two ends winning 19 -11. Bob Pulsford and his rink lead all the way through their game coming out winners 13 to 6 making the overall score West End 49 Hounslow purple 45 a great start to the day.

The 5 o’clock game was against local side Kings, could we get another victory?  well actually yes, we could, we won on three of the four rinks and overall. The rink skipped by Bob French struggled a bit losing 12 to 16, and if Chris Slade’s rink had not dropped a five on one end the victory would have been even sweeter, in the end though they won 16-13. Brian Willis‘s rink were always in control and finished 21 to 10, match captain Tony Sykes lead by example losing only four ends in the game and winning comfortably by 26 to 4. The overall score being West End 75 Kings 43.

Colin Place, Cathy Andrews, Cedric Lewis and Chris Slade. Cathy stepped in for Carol French, who could only manage two ends having hurt her rib.

A good day’s bowling was followed by the first of our excellent evening meals after which entertainment was provided for us by a young lady singing.

Then as they say on antique’s road trip, “and so to bed”.

Tuesday saw our first match at 11 o’clock with Gill Callaghan captain, we played Oxford tourists, I say played but sadly the Oxford players would not let us. Gill’s rink came close, if only they had not dropped that five on the seventh end, the final score was 10 to 13 against. There is not a lot to say about the other three rinks, other than, we tried but could not score.

Had the wheels fallen off the wagon Already?

No not quite our 3 o’clock game was a very close affair played against Hounslow pink who in fact were all players from West Sussex, playing for Hounslow.

Tony Sykes’s team again set the pace, not surprising with the team he had, Dennis had dropped out with his back still playing up and Dickie Clarke has stepped in, what a strong team winning by 24 to 12 and if They had not dropped five on the penultimate end West End would have won overall.

Bob Pulsford‘s team was there or thereabouts the whole game but with a few minutes to go dropped two shots, so were three behind luckily Chris chased their number one  to cast the jack before the Buzzer went and we managed to score 3 on the last end to make a draw 14 all.

Captain Bob French and his team again struggled against a strong Hounslow team losing 7 to 18.

Overall West End 54 Hounslow 55 only one shot in it.

After two days of bowling the overall score is West End are minus 2 shots.

And whilst this game was in progress, Barry Kerslake organised his usual 10-pin bowling contest.

There was just enough time after the games to return to our rooms and freshen up before our 6.30 drinks reception and another fine dinner.

It was an early start Wednesday, our first game was 9 o’clock against Hounslow Green, match captain Bob Pulsford lead the troops out, how would we fair today?

In a tight match we did well with two wins two losses and an overall victory by two shots.

Dennis Blackwell, now having overcome his back problem, lead his rink to a 13-8 win, despite dropping a four on one end they won 10 of the 14 ends played.

Bob Pulsford, who had Tony Sykes playing number two as Jose did not travel, was up against a very in-form opposition skip who kept sneaking in to claim shot no matter how many Bob’s crew were holding the game finished 8-11.

Dickie Clarke‘s rink dropped two fours during the game the last on the penultimate end when the scores were 10 all, they picked up one on the last end but the final score was 11-14.

As there was a couple of hours to kill between games today, Tony Sykes organised another 10-pin bowling session. The most notable thing of this game was Stuart Andrews putting his bowl in the side ditch 9 times on the trot, we think this could be a record that will stand for a long, long time.

As to the game itself, Tony Sykes came out the winner with 129 pins, beating yesterday’s winner Mike Slade who scored 116 today, third was Chris Hammett on 99.

Our late game on Wednesday at 5 o’clock was against local side Torquay, our captain was Beryl Willis who played lead for Bob French, leading him to his first win of the week, both rinks took one on the first two ends, but then West End took control with a four and five and never looked back finishing with a comfortable 23 to 9 victory.

Dave Smith and his team faired even better with a 24 to 8 victory. It was all close and friendly with four ends to go, but a two, four, four, six score on those last four ends stole the game for Dave.

Gill Callaghan’s team were level for the first half of the game but dropping a four on the 8th end leading to a tough final few ends, they dug in, picking up one shot on the last end gave Gill a victory of 12 shots to 11.

Sadly, we were unable to win on all four rinks, going down 6-16 on Brian Willis’s rink.

However, the overall score was West End 65, Torquay 44.

Being the late game, it was a bit of a rush to freshen up before dinner, which was followed by a young lady singer for our evening entertainment.

Thursday’s game is an early start at 9 o’clock with captain Barry Kerslake leading the team against Hounslow red. Can we keep up our impressive results?

Hounslow were again represented by West Sussex for this game, and it did not go well for us.

West Sussex played almost the same players/teams as on Tuesday when we lost to them by 1 shot. I say almost as they brought in a Hounslow ringer, as one of their players was unable to play. Bob Pulsford found his rink against the ringer. Although we managed to win on two rinks, we lost on two and overall.

Rob Clarke and his rink always seemed to be in control of a good game winning 15 – 9.

Not to be outdone by his younger brother, Dickie’s rink also had a strong game winning 18 – 9.

Gill Callaghan’s rink were slow starter’s not able to score until the 10th end, by then unfortunately the game was lost with the final score 6 – 15.

If ever a game could be called a nightmare this was it, no matter what Bob Pulsford’s team did the opposition got in. A seven was dropped towards the end with final score 5 – 25.

Oh, dear what a day, in the afternoon session we managed just one win, with three losses, one heavy.

Our opponents were Hounslow Blue, with Chris Slade match captain.

Dave Smith’s rink saved us from a whitewash with a 13 – 9 win, in a close battle they grabbed a four on the 10th end and hung on the victory.

Tony Sykes ‘s rink started slow picked up in the middle and went into the last end tied, losing one shot and the game.

Chris Slade and her rink where up against the skip who did the damage to Bob Pulsford this morning (Dave Pit a previous three-time winner of the men’s over 60’s English singles).

No matter how many times we were holding he got one in, that said it was a close game. 8 – 12 the final score.

Now I don’t know what to say about the last game skipped by Bob French, nothing went his way, fours, fives and a six were dropped, the final score was 2 – 35. Never mind, some you win and some you lose, it’s how you deal with losing that builds character.

We had a mixed week winning four games but also losing four, a couple of which were heavy.

This meant that overall West End were minus 28 shots on the week, which is only 3.5 shots a game, so well done everyone.

We had just enough time to visit the 10-pin bowling alley again.

And a great session it was, Bob Pulsford and John Goff tied for top spot with 106 pins with Barry Kerslake next up on 94.

Thanks to Barry and Tony for organising the three sessions of 10-pin bowling for us.

We finished Thursday with another drink’s reception before our last evening meal, followed by a man singing, my kind of songs, for the evening’s entertainment.

And so, we come to the final day and the only match that matters, West End are sure to win this one.

The Blue team are playing the Red team. Blues were captained by Sonia Moore and Reds by Dickie Clarke. It was a steady game all round one rink up then down, one rink shooting ahead. Friendly competitive battles on all four rinks. It finished with the Reds winning two rinks and the Blues winning two rinks, with the overall score Blues 50 Reds 51, it could not have been closer.

I’m sure everyone enjoyed this match and what a great weeks bowling we have had.

That fact was borne out by everyone booking on for next year’s tour before we left the hotel.

Thanks must go to Dickie for all the effort he puts in to organise the tour for our enjoyment, I’m already looking forward to the summer tour. 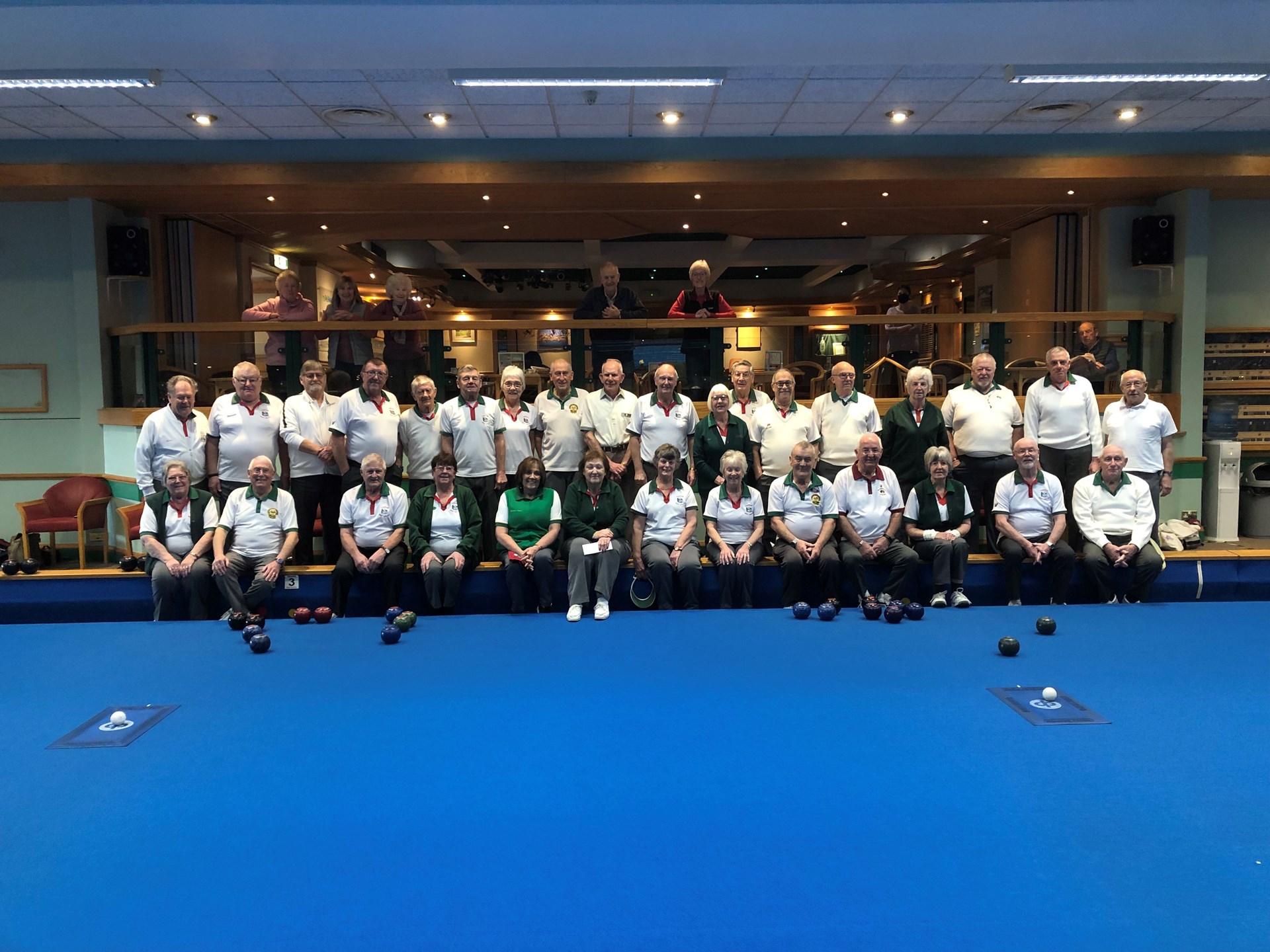 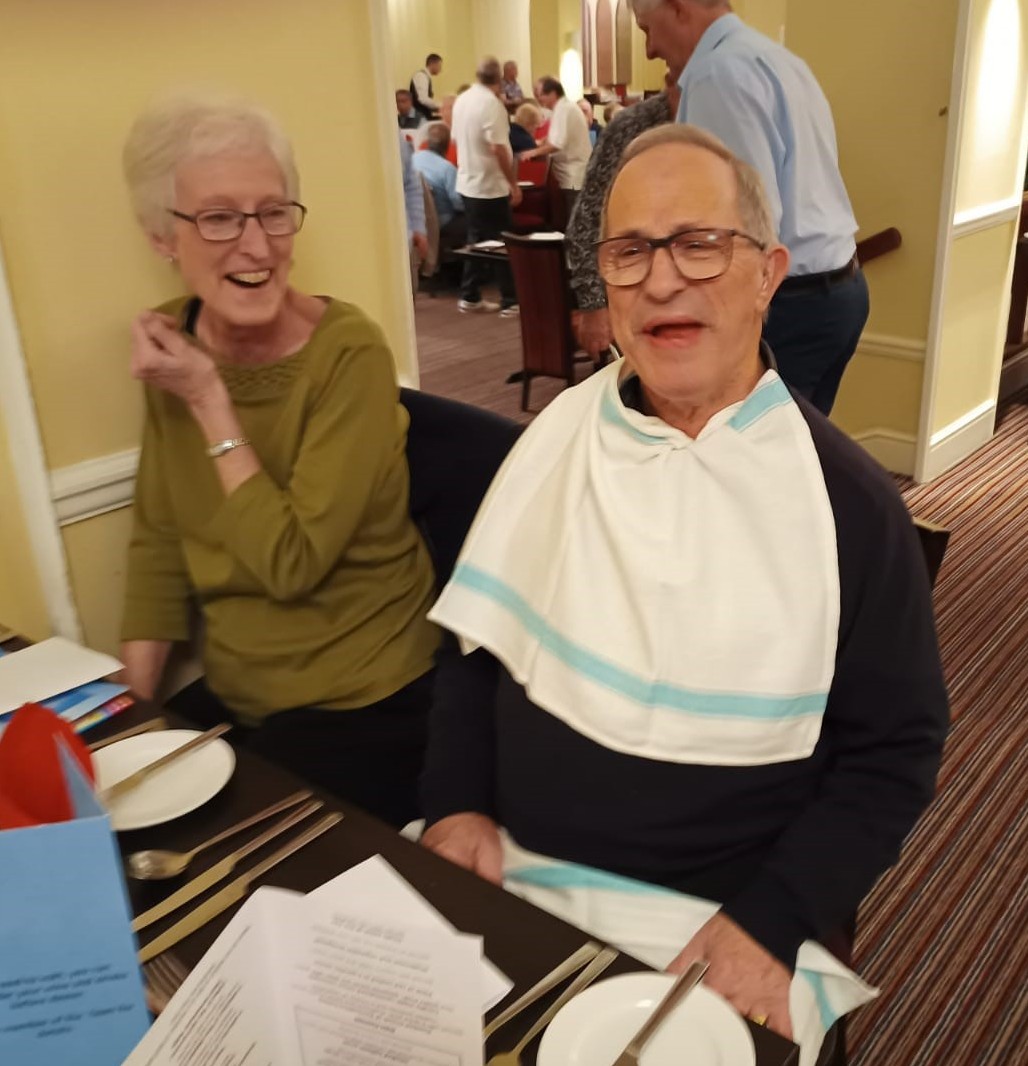 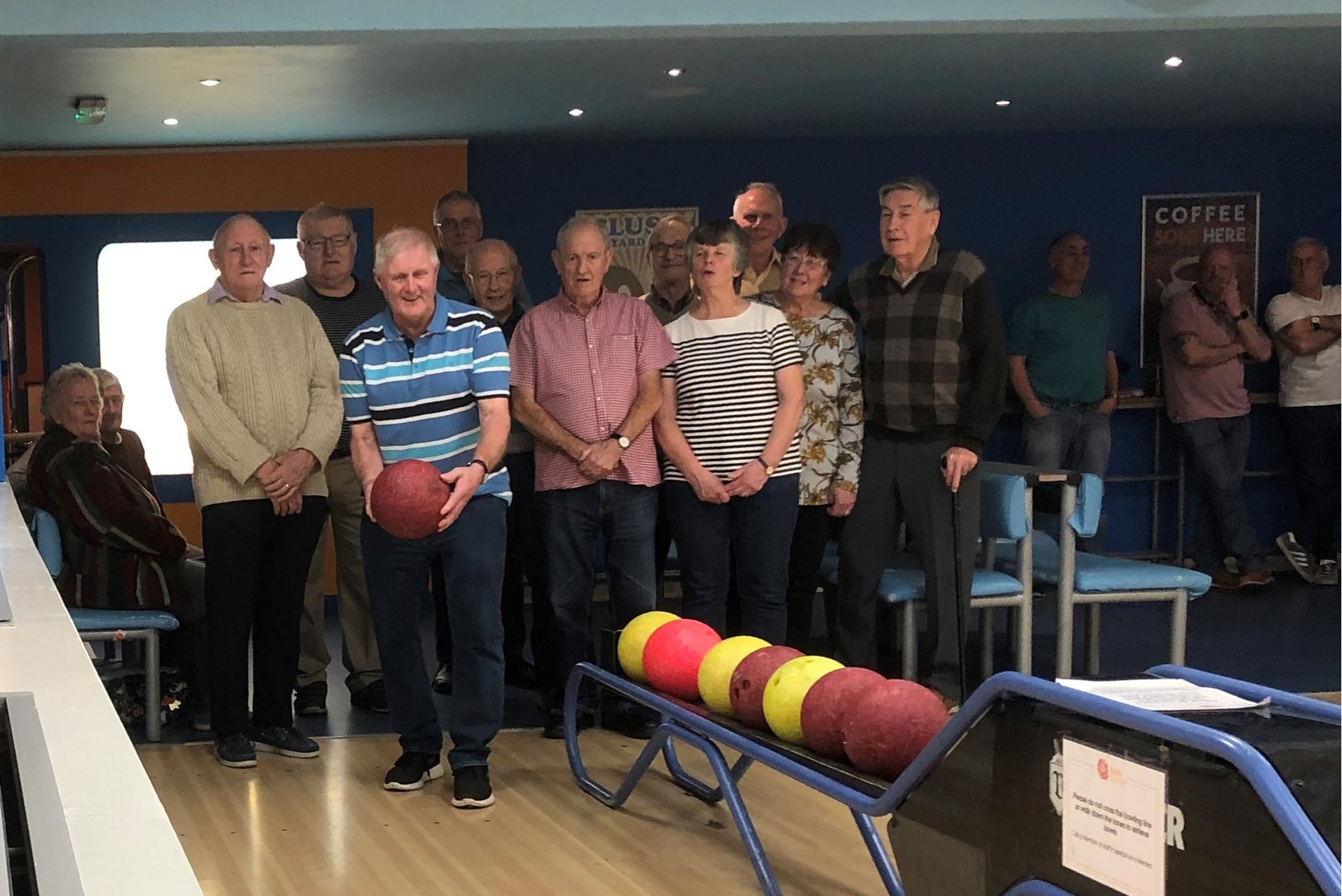